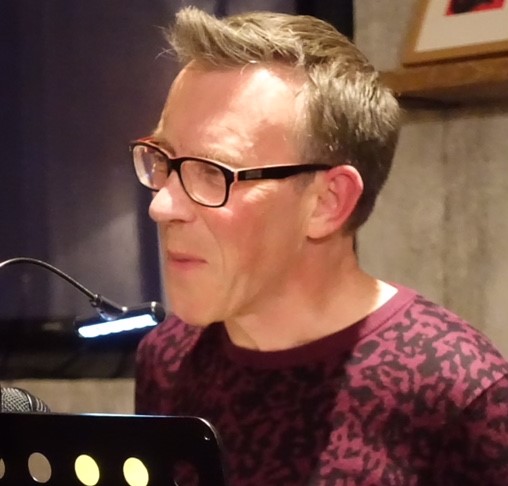 So here I am in full, er, pause mode at The Yorkshire Grey a week or two ago, where I read, followed by Chris Hardy and Chrys Salt. It was a smashing evening, and the three of us were heartened to receive lots of kind feedback from the lively and engaged audience about how enjoyable it was. With Dino Mahoney as compere, it was never going to be a dull evening.

Last week, I went to Faber HQ to see Ishion Hutchinson read, rather movingly, from his collection House of Lords and Commons and talk about it very eloquently in conversation with Matthew Hollis. It, too, was a really enjoyable evening and I’m going to sneak the book up my list to read.

Mentioning Matthew Hollis brings me round to Edward Thomas, whose death, at the Battle of Arras, in 1917 has been commemorated again, on this weekend of Remembrance just gone, even though he died in April of that year. I’ve been re-reading Thomas’s poems of late, as well as working my way steadily through my edition of the Collected MacNeice, which my brother Adrian bought me for Christmas back in 1985. I’ve always liked MacNeice’s urbane, slightly louche detachment, and I daresay his rather knowing narrative ‘voice’ has been more of an influence on my own voice than I’d realised. But that aside, he was a great, immensely readable poet, with a tremendous range.

For the Poetry Biz Writing School programme, my latest writing partner is the wonderful Mr Keith Hutson. Keith is known for his fantastic ‘Troupers’ sonnets about odd but true Music Hall acts who trod the boards of the UK’s finest variety theatres, but he writes other, equally brilliant poems too, which explore themes such as masculinity, aspiration and blue-collar work. At the moment, we’re looking at the poems of Hopkins and the lyrics of WS Gilbert and exchanging poems for each other’s constructive criticism. Keith’s pamphlet Routines is great value, in every way.

Finally, I’m delighted to see that my book is up on the Eyewear Publishing website, in august company.

View all posts by Matthew Paul